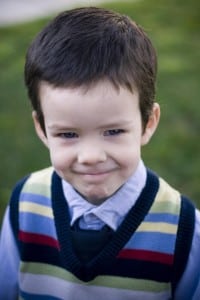 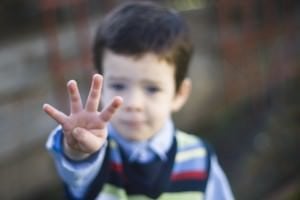 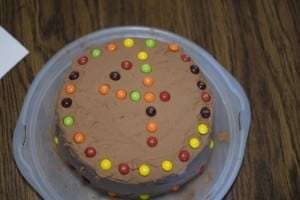 I think that golfers most likely yell four because it’s something you should kind of fear…. 🙂 Mostly, I’m afraid of it because it makes me sad to see my little guy getting bigger.
I am still a firm believer that the day should honestly celebrate their mother since it was probably a bigger day for her then him, but I digress….
So, Spencer’s officially four today. Four years ago we were buying a house, shopping at Ikea and trying to get everything done before the little dude arrived. I wouldn’t say it was a great delivery. First, we ate at the cheesecake factory — pretty much the best part of the evening — while I timed my contractions (on my cell phone lap timer — a very helpful little feature). Then, it was home to figure out more house stuff and see if they’d continue. We finally decided to take Conner over to my brother’s, when he decided to throw-up. Yes, I was contracting every 5 minutes cleaning up puke and a soiled little boy — and in my mind trying to figure out WHAT we were gonna do with him? I mean, my SIL was due any day too — I couldn’t leave a sicko with them. Turns out he just threw-up because he could sense the emotional tension with me. He and Grace ended-up playing well into the evening. My SIL was a champ. So, yes, we dropped him off (and for those of you pregnant with #2, you should prepare yourself for that being the hardest time — I mean, I’d left him overnight before, but it was so difficult to realize that his life was changing forever and he had no clue….).
Then, it was home to contract some more. I continued contracting every 2 minutes well into the night. Finally, Drew couldn’t take it anymore and he said we should go to the doctor (the contractions still weren’t that hard, but our doctor had explicitly said we should head to the hospital when they were 5 minutes apart). Anyway, I remember making Drew stop to see if we had the camera in the bags and him freaking out that the baby would come on the way (it didn’t come for HOURS — and there was even enough time for him to head to the high school in the morning and drop off a lesson plan). So, with a little help from pitocin and a not-so-helpful epdiural the nurse delivered Spencer’s head with me screaming for the resident. He entered our lives nameless. In fact, for a while we called him Andrew (even telling Conner that’s what we thought his name would be) — and we changed it to Spencer — feeling Andrew was just too timid a name for this little chunky monkey. BTW, Spencer weighed in at a hefty 8 pounds 15 ounces at birth. He’s probably only about 30 now — gaining only 22 pounds since birth. I’ve gained more then that in that time. 🙂 But, that’s a blog for another day.
So, he’s here, he’s all mine. He’s getting a lot of fun presents today, and we’re having some people we call family over. It’s pretty-much the best day ever.
Oh, and the cake happened without incident. I think my main problem is not adding enough liquids to the frosting. I think I tend to make it too stiff…
Shocking, me being a little stiff….
Pin
Share
Email
« Previous Post
Newer Post »