Do you know what a sunk cost is?

A new shirt is NOT a sunk cost (unless you’ve removed the tags) because you CAN return it.  BUT, take those tags off and now that shirt is worth less than you paid for it (most likely) if you were to sell it.  It’s now a sunk cost. 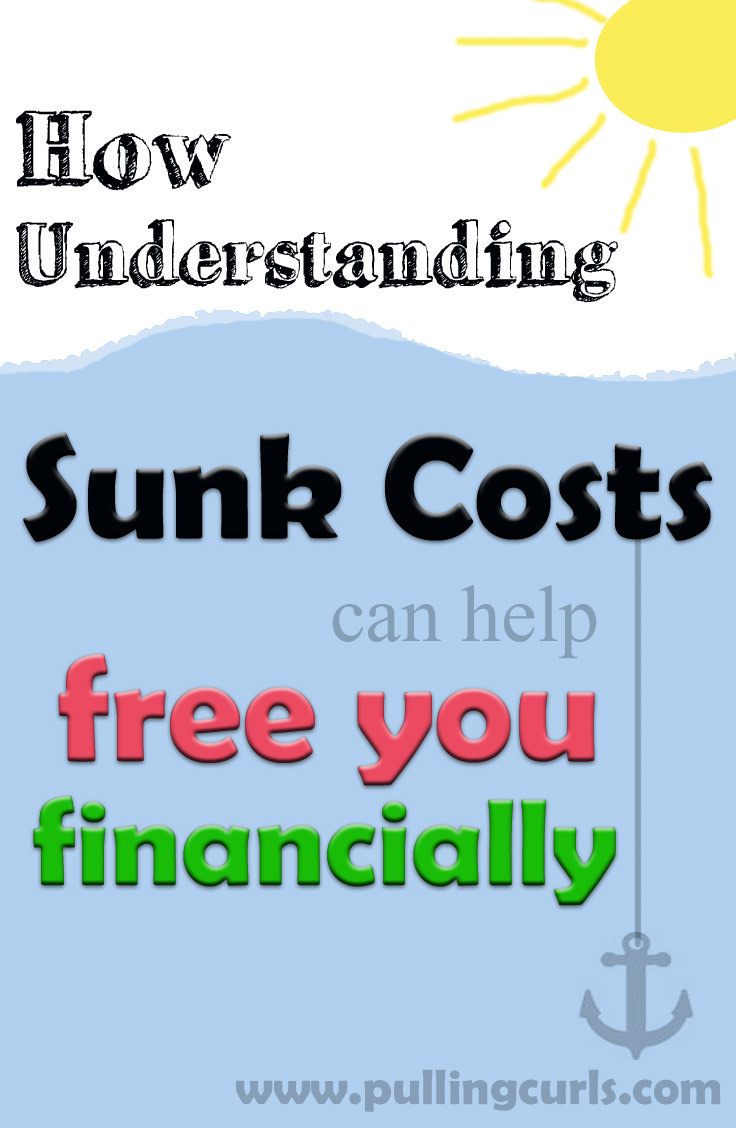 Now, if you’re anything like me.  You take that shirt and if I don’t just LOVE it, I feel guilty for buying it.  I agonize over if it was worth it to buy it.  It’s not just shirts.  I still think about our home purchase, and if we did it right or if we should have sold our California home for more.

I am using brain cells over things that ABSOLUTELY can NOT change.

Frankly, I don’t have that many brain cells left.

Here is a blogging example.  I bought a new mobile theme that I thought would help me increase my income.  It was 50 bucks.  I ended-up not loving it, and it wasn’t making the money that I had hoped.  I ended-up switching to a full mobile company.  I kissed that 50 bucks goodbye.  I’ve spent it, there is no use sighing over money I had spent with good intentions, that didn’t turn out how I wanted it.

THAT is a sunk cost.

What are the sunk costs in your life that are giving you financial guilt, that you need to throw the guilt into the deep waters with the money?  My dad is an economics professor and I heard this concept a lot growing up, but now it’s starting to mean more as I take financial guilt very seriously.  This ISN’T to say that we can’t learn from our financial mistakes.  Just learn from it, and move on.

Goodbye guilt, enjoy the bottom of the sea.  What did you just throw down there?