Sign up now!
You are here: Home / Uncategorized / Grateful for a Husband
First off, can you imagine being pregnant as a single gal? Honestly, who would do all the grunt work? There’s SO many things I’ve just shoved off to him as of late. The yard work, cleaning up dinner, listening to me whine that my back hurts. Poor guy. Anyway, there’s a reason that a man gets a woman pregnant — and that’s so she can blame him and make him do a lot of work for the whole 9 months she is “suffering” (honestly, it’s a toss-up right now who’s suffering more at our house). Just my little plug for getting pregnant only after marriage. 🙂 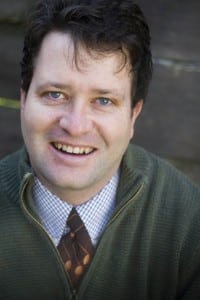 Last night Drew prepared a great FHE about the 12th article of faith (be obedient to rulers and laws). It was mostly about how we should be good citizens. He did a great job, and helped tie it into the scouting program. I was so glad he did the lesson as I decided to make apple cobbler from scratch and I was pretty well done once the dinner was on the table (btw, I made tuna casserole and it was DE-lish, I should make that more often — my kids usually hate tuna but they gobbled that down!).

I could go on and on about all of Drew’s great qualities, but I will list 5 as I like things in groups of 5’s or 10’s
1. He puts up with my eccentricities — like liking things in groups of 5 or 10’s. 🙂 Really, sometimes it’s excessive, I’m aware and he is fine with it (or he pretends to be).
2. He is giving to a fault. Sometimes I have to remind him that he needs to save some for himself… but he cares so much about his students, and making sure that music is in the community — he’s always lending his keys and the bandroom to some group or another, just so that people can have more experiences with music.
3. He’s a hard worker. Lately I’ve just had a “Drew Do” list — and he’s plowed through those like a champ. When he takes on a project it doesn’t get half done (and I just need to be more understanding that sometimes it will take him 2 weeks to get to the project:) ).
4. He loves my blog. He reads it all the time. Sometimes he doesn’t like what he reads, but he does enjoy it and rarely begrudges me for spending time writing it.
5. He finds me highly amusing. I need someone to laugh at my amazing jokes, etc. after a long day. 😉 He’s totally there for that.

Anyway, the reasons are small, but they sure add up to a whole heap of loving Drew. I’m so glad we’re married and he can’t leave me without punishment by law (and God). Heavens know no one would blame him. I am so grateful for all he does for me and our family. Go Drew.