Sign up now!
You are here: Home / Uncategorized / He’s Leaving Me 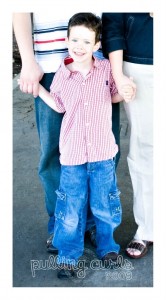 No, not Drew. Although, I’m fairly sure he has just cause.

Spencer. He’s going… and frankly, I haven’t thought of it all that much. I know the school, I know the routine and heavens knows he’s ready. I will admit that having a different teacher than C has thrown him for a bit of a loop. He seems a little more nervous than he did before, but I know he’ll be fine.

But yesterday, as I started putting away our old lesson stuff, it hit me. I won’t do a lesson with him again. Well, I will — next summer, but he’s been my little lesson buddy for so long. We started them right when Conner went to school, Spencer was just 18 months and I was concerned because he wasn’t talking (like, at all). We just did basic flashcards with pictures on them and him saying the name, some singing, a bit of coloring or craft and of course, a book. And it’s continued. For like 4 years, it’s continued — almost every day. And now it’s done and I’ve prepped him and there he goes. Off into the wild blue yonder. Off to have some other woman teach his lessons.

Parenthood is all about prepping them to live without you. I hate that. They need to need me. Part of me needs them to need me. Of course, part of me is also very excited for tomorrow, to watch him fly.

but only til’ 10:40. That’s right, just 2 hours of kindergarten fun tomorrow. And then it’s home again, home again, jiggidy-jog. Maybe I’ll try to sneak in a few lessons this week. I’m sneaky that way. And yes, I love this picture because he’s holding our hands. I love that both my boys will still do this… love that.