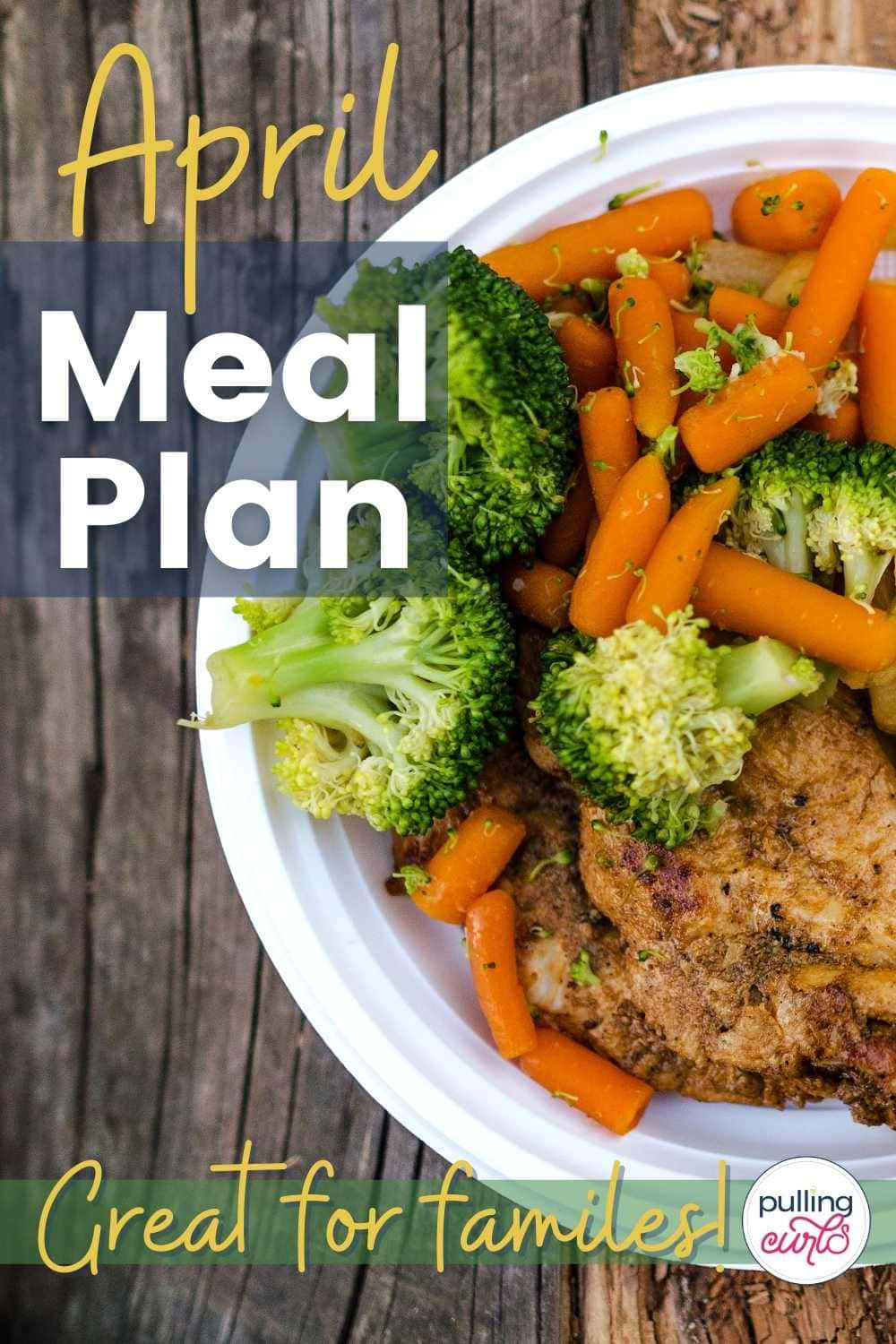 I am REALLY trying to focus on getting our veggies in.  I went to Costco today and splurged on some veggies I’m determined to pack into our dinners (most often as a side item).  I bought Asparagus, Brussel Sprouts, cucumbers sweet peppers, raspberries and organic salad mix.  We like all those things, so hopefully it will work out well.

This post was initially written in 2014 but I enjoy these dishes still, so enjoy!

Anyway, the main dishes on top for the following weeks (last one took me 3 weeks to finish):

Pesto Chicken Pizza — Just throw some store-bought pesto on your pizza, mix some more with some pre-cooked chicken (I use frozen ore canned), throw that on your pizza, cover with mozzarella, maybe add some sun-dried tomatoes, and WHAMO — pizza.  SO tasty!  If, you like pesto (which I do)

Becky’s Baja Black Bean Burritos — I’m too tired to type out the whole recipe.  I’m hoping I’ll do a blog on it.  It has brown rice, black beans, corn, all mixed with some cheese, cilantro and green enchilada sauce.  Put it in tortillas and bake.  Tasty! {waiving to my friend Becky who made this for me when I was pregnant with P}

Quinoa Pizza Bites — a tasty pizz-esque dish.  I like how the quinoa gets crispy.  I add a little pepperoni, because I love my cured meats. 🙂

Taco Salad — I’m going to make balls of foil, and lay tortillas over them (after spraying the tortillas with pam).  It makes a little bowl for a tasty salad.  There is something about hamburger, cheese, and sour cream I could eat ALL. DAY.  Anyone else?

Sausage and potato casserole — I am mulling over cooking this in the crock pot, just because it takes SO long in the oven, and it’s already starting to get hot here.  It’s tasty though.

Spicy Chicken Shwarma — my kids love anything in pita bread, and Costco has CRAZY tasty pita bread, so soft.  Yum!

holy yum chicken — probably with roasted asparagus, because I think the AMAZING sauce would taste good on that.  We’ve had this before.  The name is correct.  Holy yum.  The end.