I have 4 other pots I use to remain sane.

I like the Dave Ramsey system, but as I said before I didn’t like all this cash sitting out in our house.  I also was having purchases at different stores that I couldn’t absorb into the weekly money. 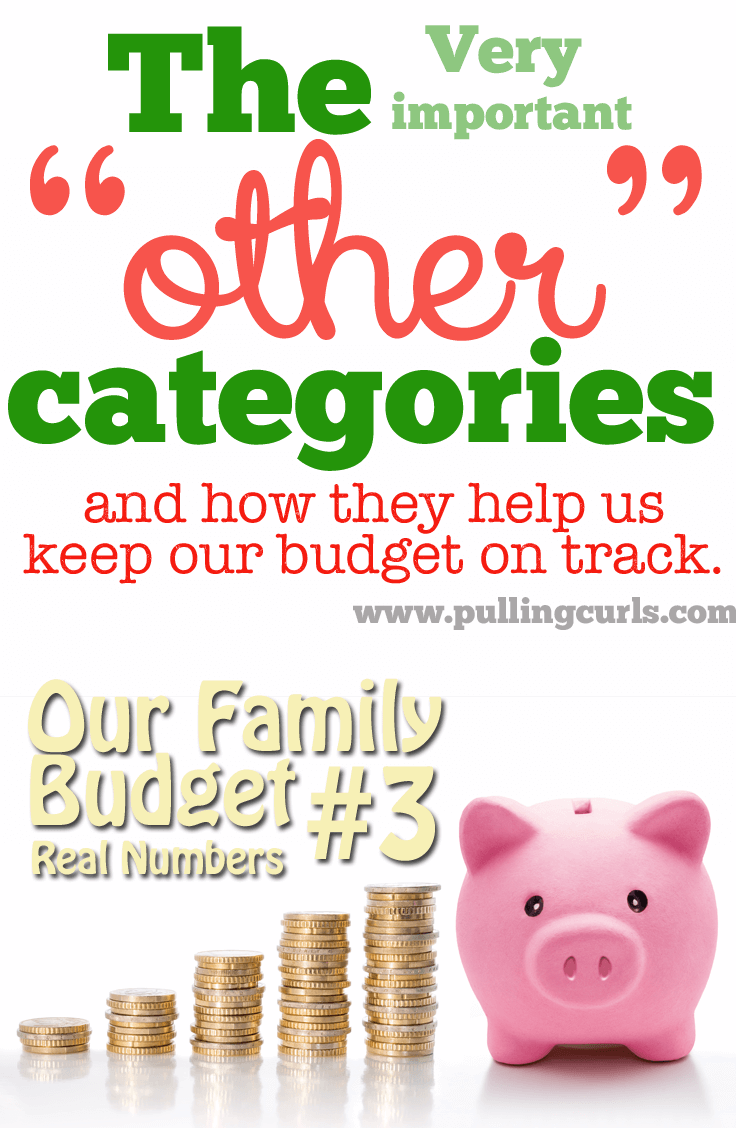 I came up with a similar idea but with a spreadsheet.

The idea is to put large purchases that don’t fit into the weekly budget.  I do, actually, try to get a lot of the things I normally was getting at Costco in my weekly budget.  Things like paper towels, TP (I’ve gotten it from Amazon a few times cheaper), etc.  Many things you can get cheaper prices for with a coupon and a sale, so I definitely try to work that angel too and work those slowly into our weekly budget.

This is the third in my budgeting series.  You can read more here.

*I am not putting these budget numbers out there to be “woe is me” or “woo-woo look at me!  We’re rich!” type feeling.  I really think if people were more transparent with their own expenses it might make people re-think what they are doing with theirs.  I am sure we spend more and less then many readers on my blog.  I hope this is helpful to some of you.  I would LOVE to see other people’s.  There’s really no reason that our budgets have to be hush-hush.  I didn’t give you my social security numbers, or how much we actually make — this is just our goal to spend.

Check out my other budgeting posts: