While everyone else was headed to EFY, I instead chose to go to Band Leadership Training.  I did 2 summers at that training camp and it has changed how I view every day life ever since then.  They taught you about trust, inspiring people and working hard. 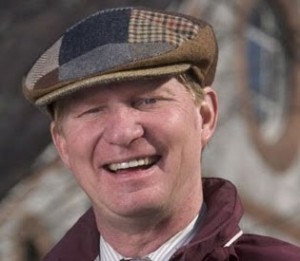 So, I was sad to hear that George Parks, one of the main instructors at that camp died recently.  Of course, I knew just how he died because that guy could yell like nobody’s business.  He scared the be-jesus out of me a few times my first year.

Anyway, I think it’s rare to find people who can really inspire greatness out of others, especially young people.  I think he was one of those people.  I actually think that BLT was just what I needed.  I think it was the first time that I found someone who wasn’t LDS to be inspiring (note, I grew-up in UT so it was rare to find someone who wasn’t LDS anyway).

But, what was inspiring was things I still hold dear.  You never get a second chance to make a first impression, if you want respect you have to earn it and show it, YOU need to model what YOU WANT.  They’re important qualities to me as an employee, as a mother, and as a friend.  I’m sure it’s a huge loss to his band, but also to the world of marching band in general.  I’m sad for the students in the future who won’t have him to make them pee a little bit in their pants. 🙂

{this entry made me sound like a total band geek, I’m embarrassed at the truth — George would want me to wear it with pride, but that’s really not possible at this point…}

Thanks George, I am guessing heaven is a little bit louder today….

When Will I Go Into Labor Quiz: The signs of labor is near