This post was originally written in May of 2016, and has been updated with more recent visits.

Fun free things to do in Hollywood

Hollywood is a fun, weird place.  Would I want to spend hours there?  No.  But I do enjoy walking through and doing those kitschy Hollywood things.  The Chinese Theater… seeing all the stars on the sidewalk.  Tons of fun shops to see and we walked up to the Kodak Theater.  It was fun.  Great for the morning before you go to the show. 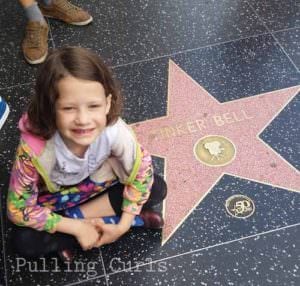 Hollywood Boulevard often has fun stuff to do on it as well.

Oe time when we were there, they were doing the opening for Alice and the Looking Glass.  Cool to see the red carpet and all the things they set up for that! 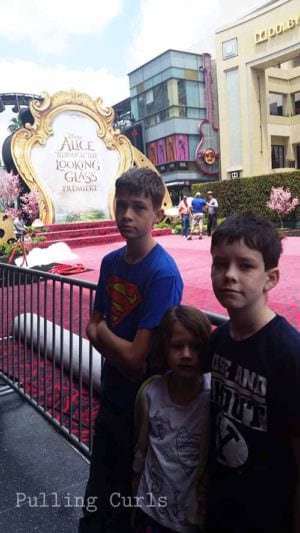 Griffith Observatory:  This is up on the hill, it has a great view (so day or night you could really enjoy it).  We went on a Sunday night and that was a BIG mistake.  It was SUPER crowded.  We didn’t end up seeing anything but the view (which was amazing).

The next time we went on a Wednesday night.  It was a lot less crowded, and views can’t be beat.  We also really enjoyed the planetarium show ( seemed to be done by an out of work actress, so it was extra dramatic) and the Tesla Coil.  The exhibits were not exactly aimed at kids, so keep that in mind, I think kids will still enjoy looking around though.

LaBrea Tar Pits:  The actual museum costs money, but you can walk around the grounds and see all the cool bubbling tar.  It’s pretty neat.

All of these are not far from Hollywood — although, it IS LA….traffic is the norm.

While you have to be 18 to see a taping of Jimmy Kimmel, if you have a child old enough to babysit, it can be a fun afternoon for the parents.

Tickets to Jimmy Kimmel are totally free and can easily be reserved online here. 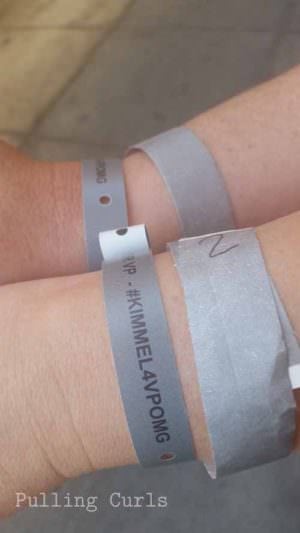 You line up on Hollywood Blvd and they let you in.  It’s a really great show.

They have a wonderful warm-up.  Since Jimmy is in the heart of Hollywood there is always a good show.  We got to see Johnny Depp…. and Pink.  I now have a huge girl crush on Pink.  I just thought her voice was amazing.  It was extra fun to go on a night that included, at least, people that I didn’t have to google to see who they were.

Pink’s concert was on Hollywood Blvd.  We even got to see her sound check with the kids.  It was SO fun.  Even my oldest was impressed and excited.  That never happens (he’s 15).

First off, one thing is certainly NOT free in the Hollywood area.  And that’s your hotel.  I did an extensive search our first time. I ALWAYS recommend checking out TripAdvisor and their reviews.  I {heart} reviews/

FYI, if you have kids they can NOT come to a Jimmy Kimmel taping, you have to be at least 18.  We have kids that are able to babysit, so that wasn’t our issue.  BUT I wanted them somewhere safe and happy.  In looking at a lot of them we settled on the Magic Castle and boy oh BOY am I happy I did.  We stayed there last time, and then stayed there again this time.

Yes, it’s pricey. Because it’s downtown Hollywood….. but they are ALL pricey.  Let me tell you of the “magical” perks of the Magic Castle Hotel.

It’s seriously so fun.  This trip was actually a surprise 40th birthday trip and we had told the kids we’d be gone for 4 days and then we came back and surprised them and took them here.  They were thrilled.  It’s just a fun place to be a kid at.

Things I didn’t love about the Magic Castle:

However, my kids think it is pure paradise to stay there, so we would certainly stay there again!

BTW, looking to take your kids on a trip — don’t miss my family vacation ideas!

Things to do for kids near Hollywood

The #1 thing for families in Hollywood (although, totally not free) is Universal Studios

I have a full post about Universal and one specifically about Harry Potter World Hollywood!

This last time we went we were given tickets to a few of the museums.  They were interesting, and I wanted to give you my honest thoughts about them:

This seems to be THE wax museum.  They seem to take it all VERY seriously, and it does show.  The figures did look very realistic and there were a lot of them.

The music is a bit loud, but they had interesting facts about each person and they had a wide range of stars from long ago to current stars of today. We actually had a pretty good time.  I think if you found a coupon or a groupon for this museum it would be a fun stop.

We already had tickets to Madame Tussauds, but I thought it would be fun to compare the two.  Sadly, this one just isn’t as good.  However, it is cheaper and much less crowded.

They have a lot of fun props that your kids can use when you take pictures.  BUT, I have to give the quality to Madame Tussauds.

Here’s me and the Queen B from both places:

We also went to the Guinness Museum.  Everyone seemed to enjoy this one the most.  People are crazy — they’ll do anything for a world record.

Our kids thought that was REALLY fun.  You can get a combo pass that also lets you into Ripley’s, but we haven’t been there so I can’t speak to that.  However, if you hadn’t seen Madame Tussauds, I think your kids would be just as happy with seeing those three and you’d have a fun morning.

And, don’t miss my #1 tip for family travel:

Check out some of my other travel posts: