Sign up now!
You are here: Home / Uncategorized / A Favorite Halloween Memory

I thought I would share a favorite collegiate Halloween memory.
I did a semester volunteering at the state mental facility. It was a really weird semester. I did it with my friend Melanie Dinger (now Melanie Hunsaker) and we did it in the beauty shop. Mostly just putting some women’s hair in curlers, and keeping the patients happy. Anyway, one of the ways we could get a LOT of hours was by doing the haunted house that they did in the state mental facility.
That’s right, the patients used to put on a haunted house.
It was the scariest thing EVER.
Anyway, I had always thought it was kind of barbaric that we allowed those patients to do stuff like that, but boy did they ever LOVE it! They loved planning it and getting all the props and sets together. I was amazed how it was a goal for them and they loved achieving it and putting something on for the public.
Melanie and I had an amazing time doing it. There were a few patients in our room and they had professional make-up artists there helping to do our makeup, so no one would realize who we were. The best part is when people I knew from high school or college came through and we’d all moan their names and they’d start screaming how did we know their names. It was so funny.
Sorry Aaron Wendleboe.
Another funny thing is all these macho guys would put their girlfriends in front of them to go through the room. We figured that was a sure sign to dump the guy if he thought enough of you to feed you to the mental patients first.
A year or so after they did it, they cancelled it. They said that it sterotyped the mentally ill. I went back a couple of years later and did a semester of nursing school there. I couldn’t believe how sad the patients and staff were that they no longer put it on.
It just shows me that sometimes being PC isn’t really what benefits the people the most, and I am guessing that not one of those people who were against that haunted house ever had done it with the patients, because they would’ve seen how much good it had done in the facility.
Happy Halloween peeps. Pictures of the costumes to follow soon. 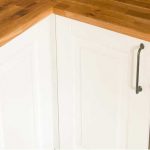