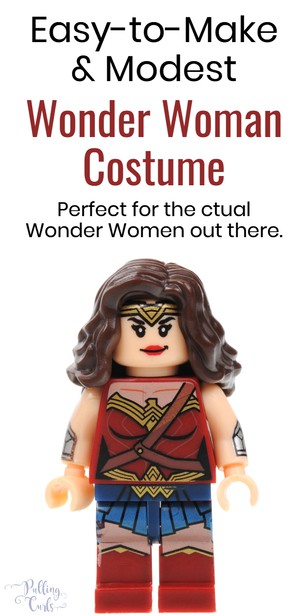 We’ll show you how to make a wonder woman costume — it’s an easy way to dress up for an event.  This one includes shorts, boot covers, wristlets and a headband!  It is also a modest Wonder Woman Costume. 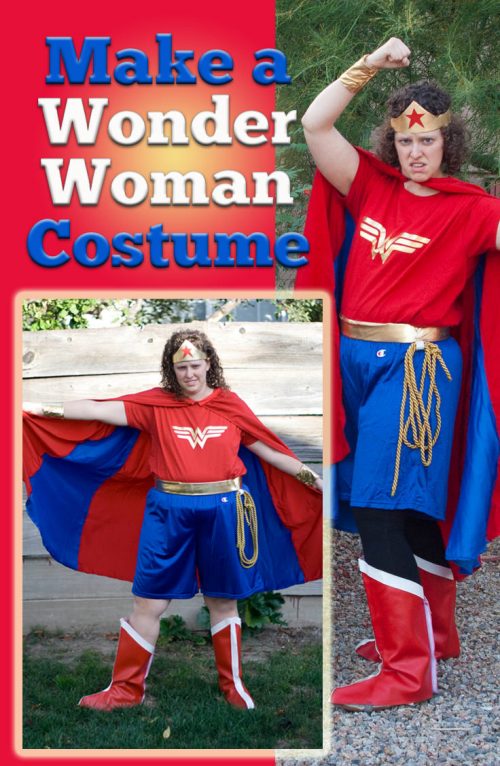 Get us out from under… WONDER WOMAN!!!! 🙂  Best part of the song, no?  When my family decided they were going to do a superhero theme, there was no question who I would be.  Only caveat — I couldn’t be the sexy slinky wonder woman on TV.  I had to be the more modest version.

The year we did super heroes, I bought a TON of t-shirts, shorts, etc. from a company that sold that type of thing. If I did it again, I’d just look for them at Goodwill.  While they were fairly inexpensive, I think I could have done better, but I digress.

I bought a fair amount of the REALLY thick fuse-able interfacing.  I forget what it’s called, but it’s like poster-board with fusing on each side.  it’s super handy to have around, and we have a lot of it.  just go to your local fabric shop and ask them.  They’ll know what it is.  For the headband, I measured my head,I then roughed out her headband, minus a couple of inches.  I then used the headband to pattern on some gold spandex (which I bought at fabric.com — I couldn’t find any local, and I got good shipping from them).  I sewed it, right sides together. It is stretchy, so I could still shove the stiff interfacing part into it.  Then I used an inch of elastic to connect the two.  I then used fabric glue to put a red star (made of fake red leather) on the front.

Got the red t-shirt online (but as I said, I’d do Goodwill if I had to do it over again).  I then went on google images and found the wonder woman logo .  I printed and cut it out.  I then cut out that image in both fuseable interfacing and my gold spandex (bought from fabric.com).  I put them together on the shirt.  I think I used some of my fabric weights to weigh it down on the edges intially.  It was REALLY hard to get it lined up well.  I covered it with a damp washcloth and ironed to get the interfacing to bond.  In the end, I think it turned out REALLY well.  It’s been washed a few times, and is still holding strong.

You could also easily do this if you had a silhouette or cricut machine with vinyl.

Little known fact about me, I can sew capes without a pattern now.  I’ve done quite a few, actually.  I wanted it to be more than JUST red.  I bought some shiny fabric (the name eludes me, it’s satin-y).  The I cut the red fabric into 3rd’s (the middle third being larger than the other 2) and inserted triangles of the blue satin-y fabric in it and sewed them together — this cape is not lined, I just zig-zagged the edges.  The raw edges I turned under and sewed.  I then took a bit of the red fabric and made a little neck band.  To do that, I just measured my neck, added a few inches to where I thought it would be comfortable, and sewed the 2 short edges, and one long edge right sides together, and then turned it out.  I gathered the cape (putting MANY more gathers towards the front of the cape, and less in the back — the front red panels are gathered almost as much as they will go.  I pinned it into the neckband (turning the bottom of the neckband at the same time, so I didn’t have a seam allowance — you could press it if you wanted to.  i then sewed it, and added a large hook and loop at the end to keep it on.  Whamo. CAPE.

You will OBVIOUSLY need wristbands.  I mean, if a bullet comes at you — let’s just say they’re a safety issue. 🙂  I just meaured my wrists, added a bit.  I made a template from the heavy interfacing and then sewed a tube of gold spandex to shove the interfacing in.  I then zig-zagged the edges shut.  That’s it.  They are ugly as sin up close — but costumes are meant to be viewed from afar. 🙂

I bought basketball shorts.  I put them on. 🙂

I took a measurement around my calf, added a couple of inches, and added a shoe at the bottom of it (both sides just the same). I sewed those, right sides together, and then covered up the sewn seam with a strip of white pleather.  I sewed velcro on the backs, so I could close it.  I sewed elastic at the bottom to keep them from riding up.  Boot covers are a good skill to have if you plan to make m   any superhero halloween costumes. 🙂

I just used some gold cording.  I didn’t want to use regular rope, because I am too classy for that. 🙂  The belt is just thick elastic (non-roll), covered in gold spandex (the same way I had done before).  I added a little loop of elastic to hook the lasso to my belt.  It was awesome.  The belt closes with 2 large hook and loop closures.

I put some leggings on, just because my shorts were JUST too short.  What a shame.  I have used this costume twice.  It’s worked well.  You’ll see variations on it as I talk about my other superhero costumes soon.

Do you make costumes for Halloween?  I sort of enjoy it, but you mostly need to remember nothing’s going to be perfect.  I think the wristbands are a good example of that for all of us.  They look great on, horrible off.  I haven’t been killed by a bullet yet. 🙂  Have questions, ask them below and I’ll try to respond! 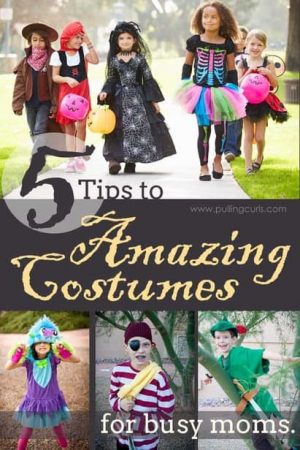 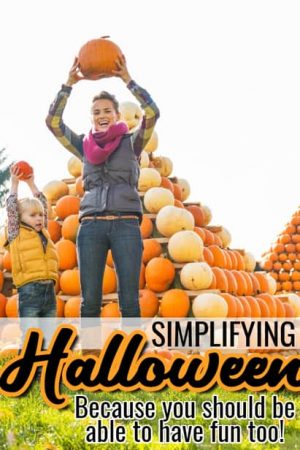 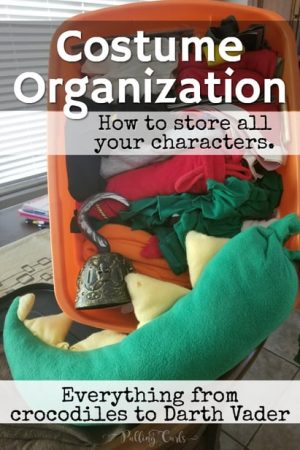 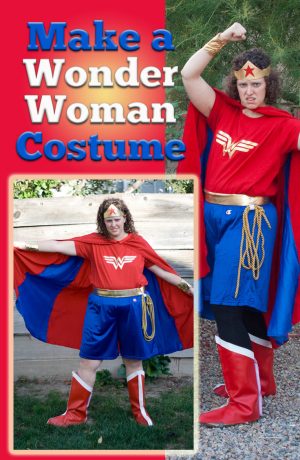