Sign me up!
You are here: Home / Pregnancy / Smoking Marijuana While Pregnant: Will they take my baby away if I test positive?
Pregnancy 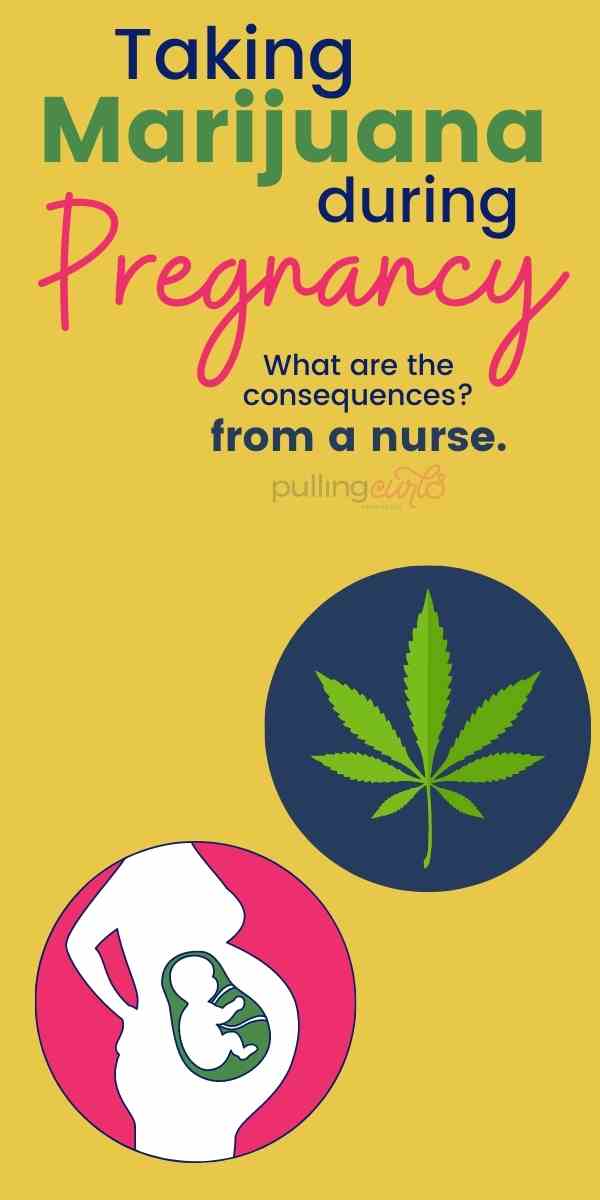 Marijuana during pregnancy is becoming more prevalent.  Hopefully, you’ll consider actually reading this post before you comment. 🙂 This post points out the dangers of smoking weed while pregnant and how CPS will be involved.  Will they take your baby away if you test positive?

Marijuana while pregnant or breastfeeding can have serious consequences.  I can’t believe I have to write this post, but we’re seeing it more and more — and somehow moms are shocked and surprised by the consequences.

How do I know this?  Hi, I’m Hilary — The Pregnancy Nurse 👩‍⚕️. I have been a nurse since 1997 and I have 20 years of OB nursing experience, I am also the curly head behind Pulling Curls and The Online Prenatal Class for Couples. 🩺​ Please note that this post is written from my own experience in working in two states and also interviews with other nurses around the country. This seems to be the standard of care for women in both states where it is “legal” and not legal.

I know a lot of you don’t like this information (hence, comments are off since someone mentioned they would like my house to catch on fire and my family die in it). I really am just here to tell you what will happen and remind you that honesty is TRULY the best policy.

If you’re looking for more information about your third trimester and other testing they might do — join my free beginning prenatal class.

If you’re looking to test YOURSELF at home, you can now do it and order it all online. It’s all legit! If you only want to know for yourself you can always try these from Amazon (but that will only be for your own knowledge).

Be sure to check out my story on Marijuana in Pregnancy

Will they take my baby away if I test positive for drugs?

The #1 question in people’s minds about marijuana during pregnancy

**First off, they will NOT take your baby away for taking pot during pregnancy, but in my state (and most states) it does require a CPS call by us to notify them.  CPS may or may not visit you, but they will have a record of it in their system.  If you have questions about the requirements in your state, I would recommend you to ask your doctor.**

BTW, if you’re doing marijuana and might be pregnant it is important to take a pregnancy test so you can STOP as soon as you are (I also have a little online pregnancy test — which isn’t as accurate)

It is my firmest desire that babies are given the most benign environment to grow in during pregnancy.  That means limiting coffee, alcohol, drugs (especially those unstudied), etc — except when the benefits far outweigh the risks, and can’t be gotten in other ways.

That is what this article is about.  If you strongly believe Marijuana is great during pregnancy, you and I will just have to disagree.

Marijuana is becoming legal in more and more states both for recreational and medicinal uses.  Whatever side of the argument you stand on for that — the reality is that when you’re pregnant things are very different.

Is it illegal to smoke weed while pregnant?

It is illegal to take marijuana during pregnancy.  It is still a federally controlled substance.

While, in some states where marijuana is legal, there is a bit of grey area — they really encourage moms NOT to take marijuana during pregnancy, just as we encourage them not to drink or take other controlled substances.

Taking marijuana during your pregnancy is a bad idea and is illegal — in most states.

It is illegal for a doctor to give you a marijuana prescription while you are pregnant. 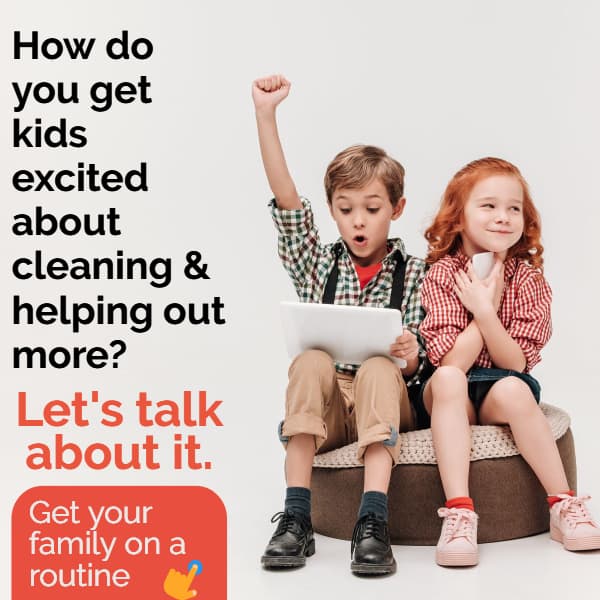 Consequences for your baby for smoking marijuana during your pregnancy

**Honestly, there aren’t a lot of studies that have tracked babies of moms who smoked marijuana (because it’s illegal, and moms are unwilling to come forward for such a study.

However, there are studies showing that marijuana use during your pregnancy can cause:

Studies are still being done, and the research on this topic is PRETTY poor, but most things show those consequences above are possibilities.

After birth, babies exposed to marijuana in utero have changes in brain development — things like changed responses to visual stimuli, higher-pitched cry or trembling.  While it doesn’t appear that babies go through withdrawal, the longer term studies are noting things like change in school performance, memory, impulse control or attention spans.

You can learn more about these consequences in this article  from the NIH.  I’ve read a few studies and it seems that there just aren’t many out there.  While the results are fairly inconclusive (and many studies seem to contradict each other) the majority point to possible brain issues as the child develops.

There is a recent study out of Australia that continues to link it to lower birth weight and complications.

Depending on your state, your provider can sometimes take a urine drug screen with or without your consent.

In my state, we do need a consent to test YOUR urine but we do not need one to test your baby. So, if you refuse, we just test the baby’s — and it also looks extremely suspicious.

Remember that honesty is always the best policy and CPS will note that if they are required to come.

The results of that urine drug screen (which always includes a screening for marijuana) will be noted in your chart. BTW, you can also test at home.

When you come to labor and delivery, we will call a social work consult, and they will call the state to come assess the situation.

We may also ask to take a urine drug screen on you in the hospital that will show recent drug use.

**If you plan to refuse the drug screen, we will screen your baby (that does not require consent).  We will also call social work about your refusal and that refusal will be noted.**

From that point, it is out of our hands.  It is in CPS’s hands at that point.

Nurses may also take your baby’s first stools to test it for marijuana to see how far into your pregnancy you took the drug (which may be a relief for those who mistakenly took it early in their pregnancy, before they knew — those stools will back you up).

If you are currently pregnant and using marijuana you need to stop.  If you are taking it for a “medical condition” you need to talk to your doctors about alternative methods that could be safer.

**If you disagree with this article I strongly encourage you to talk with your doctor about your drug use and what to expect after delivery. **

Can they take your baby away for smoking pot while pregnant?

Will they take my baby if I test positive at birth?

Likely, no.  However, it will trigger a CPS visit to you, and possibly one to your home.  If they find other mitigating circumstances, that could become a real possibility.  It could also be a possibility for any other children you have in your care as well. 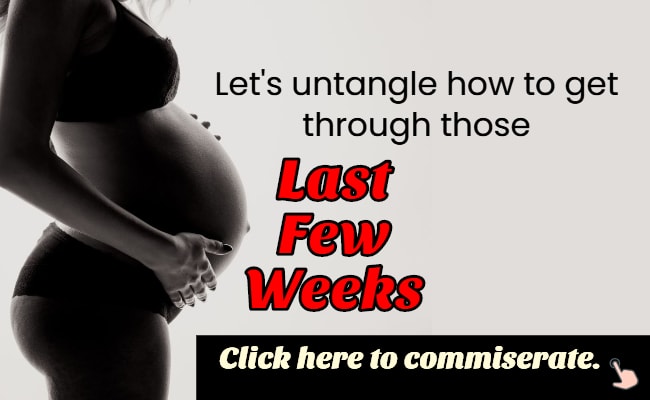 While it varies, you can test positive for around 3 weeks after you’ve smoked.  There is a good article here that talks about how long marijuana stays in your system.

There really isn’t anything you can do to clean your system out in that time frame.

I have really heard it all before:

And once we have a positive — we can test your baby’s stools to see when during your pregnancy you smoked.

What happens if I fail a drug test while pregnant?

Your doctor will likely council you on it and will note it in your prenatal.

The most important thing is to always be honest with your doctor, so that he/she can give you the care you need.  If/when CPS visits you, honesty will be super important for them!

Can you smoke weed while pregnant?

Yes, you can.  Should you?  I don’t think so.  It will have consequences, just like all of life’s choices.

Alternatives to Marijuana during pregnancy

A lot of women take Marijuana during their pregnancy because of nausea.

For nausea specifically, they recommend

However, I’d still check with your provider to see what they think will be right for YOU.

The compounds in Marijuana are found in higher concentrations in breast milk than they are in the user’s bloodstream.  It can have similar consequences for your baby as noted above, and also noted in the study above.

In Arizona, we are unable to help you breastfeed if you have had a positive screen during pregnancy. It was not like that in California, but it is something to keep in mind.

FYI, my friend Katie has a great Breastfeeding & Alcohol Calculator — in case you’re looking to drink and breastfeed.

My baby is smarter than other kids because I took marijuana.

While not a question, I do get this a lot in the comments. Again — as I said above, the studies are pretty poor, but most do point to some delays as kids get older.

Will my baby have withdrawls from marijuana

No, they will not. There has been some noted irritability in babies of moms with substantial marijuana use, but nothing tangible.

What if I test positive for other drugs?

Again, we will call CPS. That’s all the hospital does, but CPS makes calls like that, not us. Other drugs are certainly more problematic for both you and the baby.

Will my baby have withdrawls from other medication

Yes, we have moms who take both prescription and ellicit drugs during their pregnancy and their baby will have withdrawls. It was on the most painful things to watch as we wean that baby from the medication. So sad. 🙁

Where do you get off telling me what to do?

I don’t. I am just explaining what will happen. I am also sharing that as a labor nurse who has seen THOUSANDS of babies, the less we can do to affect their environment, the better.

A note on comments:  I turned them off. People just couldn’t be civil.

If you liked this post — be sure to keep your healthy pregnancy up with my pregnancy newsletter: