Get Your Disney Trip Calculator Here!

Send it to me!
You are here: Home / Family Travel / Disney / Matching Disney Shirts for couples, families or friends!
Disney

Having some matching shirts makes Disneyland even more fun.  They’re great for families, couples or even a friend trip, which is what I used mine for (although I have my eyes on a few in here to make for our next family trip). 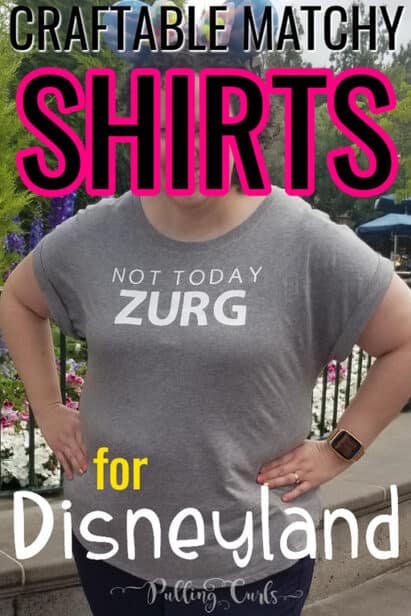 For my girls trip we wanted to get some matching shirts, but, our group had stipulations:

We came up with this design and it hit all three:

It’s certainly not cheesey, although a few of our less-Disney-fied members didn’t know who Zurg was (?)

BTW, we found this design on Pinterest, but there are a ton of similar designs on Etsy you can buy straight from there.

Of course, I also needed a trip planned by Get Away Today… but that kind of goes without saying since I’ve used them since 1998. 🙂 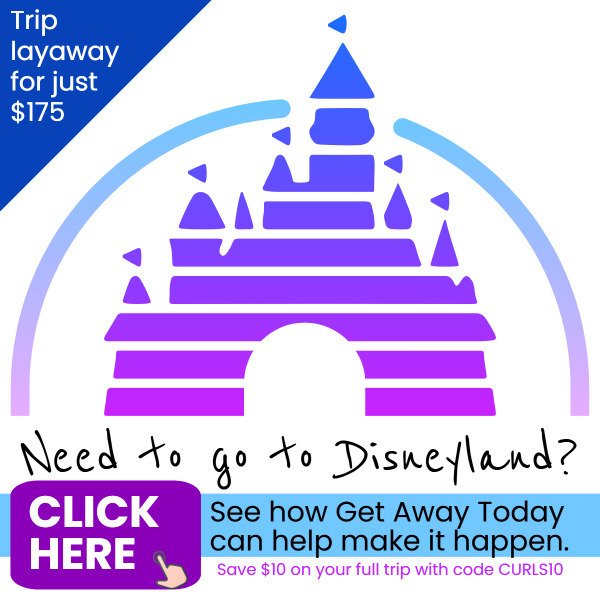 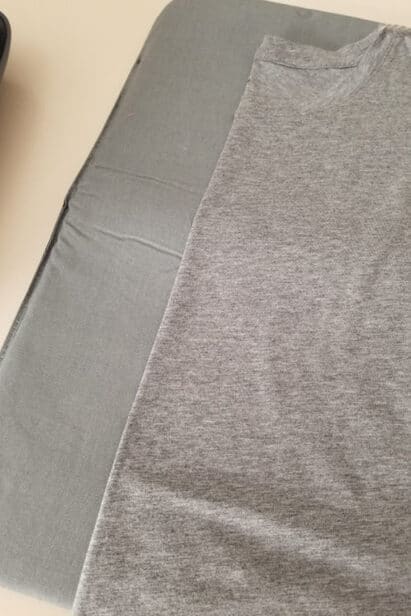 With the Easy Press they recommend pre-pressing the shirt for 5 seconds, which I do.  Then, I fold it in half and press it again for 5 seconds to give me a midline to line the item up on. 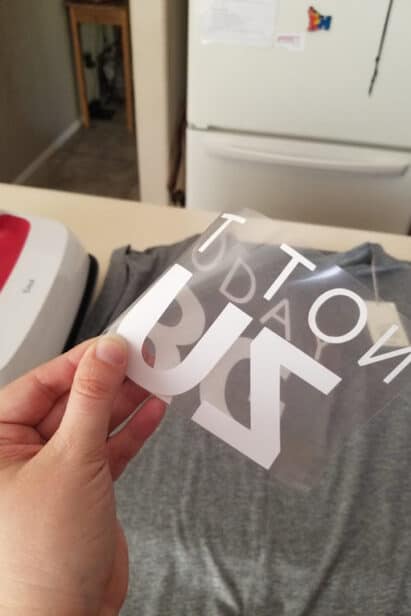 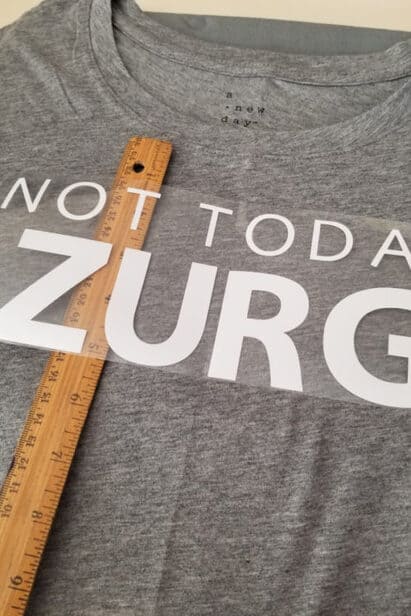 I used a ruler to make each shirt about 1 inch down from the neckline. 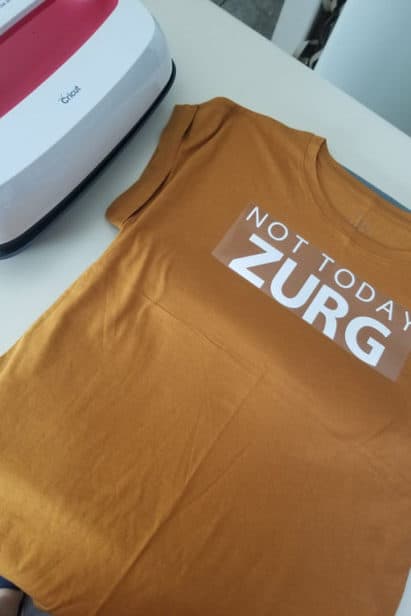 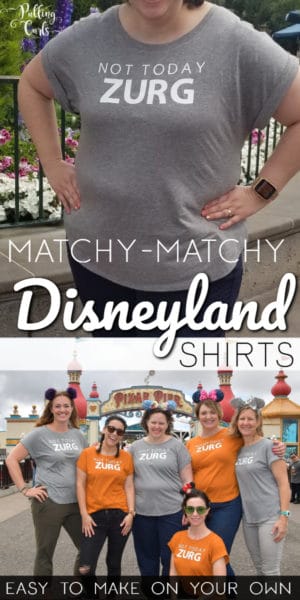 A note on using the Cricut Easy Press with Modal Fabric

FYI, these shirts have Modal fabric — which is apparently some hybrid cotton that, as far as I could read, would put us on par with Rayon.  I used the Rayon instructions to do the pressing.  They’re nice shirts (from Target) but that was a little confusing.  I guess you can create a sheen if you iron on with Modal too long/high temp.

Btw, if you thought Zurg would be SO excited to see our shirts, you’d be wrong….

If you remember back to my AMAZING shirts we wore to Disneyland last week — you might be wondering where MY picture with Buzz Lightyear is.⁣ .⁣ Well, he’s dead to me.⁣ .⁣ We finally found Buzz by Toy Story Mania and were in line to greet him. We showed him our shirts and he was like “nice” — and I was like — dang it Buzz, this is your LINE I thought you’d be more enthused (our shirts sayd “Not today Zurg”)⁣ .⁣ Then Buzz kept whirling around trying to knock me down with his backpack a few times (not on purpose — but I was getting annoyed).⁣ .⁣ Then, he set the 6 of us up and then proceeded to stand in front of us for longer than I found amusing. At which point the #timesup in me gave buzz a little shove. I mean, what jerk stands in front of 6 full-grown women who clearly just want a photo?⁣ .⁣ Then, Buzz told us to get out of line and wouldn’t take a photo with us… (even when I ate my pride and begged for forgiveness).⁣ .⁣ Moral of the story, don’t touch the characters, no matter how big of a jerk they are being.⁣ .⁣ Other moral of the story, my shirts were better than Buzz (scroll back a few on my storyline if you want to see them).⁣ .⁣ Also, #buzzlightyear is dead to me. BUT, he did take a cute photo with my 6 and 3 year olds (I do believe this is the trip where that little one wet his pants aobut 5 times in one day). He still seems indifferent and kind of like a jerk in this photo, but maybe I’m reading into that. #pullingcurls #curlsdoesdisney⁣ .⁣ .⁣ .⁣ .⁣ ⁣ #buzz #toystory #pixar #disneyfan #disneylove #disneypics #baddisney #badDisneyland #disneyigers #ilovedisney #disneyparks #wheredreamscometrue #nodreamscametrue #disneyblogger #disneynerd #instadisney #toystory4 #disneyday #disnerd #disneyphotography #disneylandresort #disneyland60 #toystory #buzzisdeadtome #disneyfreak #happiestplaceonearth

Ok now that we’ve seen mine — let me share a few other ideas:

I loved how my friend Katie did something really simple with her Disney shirt.

She even has a video that she shares about how she did it!

If you have a Dory lover this shirt from See Lindsay is for you!

I like how this one uses paint & freezer paper vs vinyl.

A super idea for Wall-E lovers.

I LOVE this autograph shirt idea from the pinning mamma!  Beauty in the Mess has one similar as well!

Love how you can have a THEME like Play Party Plan, but they’re not all the same!  That one’s with the Lion King and this one is Beauty and the Beast themed.

I can’t even talk about how much I love this Mary Poppins one from the Love Nerds (she’s a huge favorite of mine) — if it hadn’t wasted a fair amount of vinyl I would’ve tried this, maybe on my next trip! 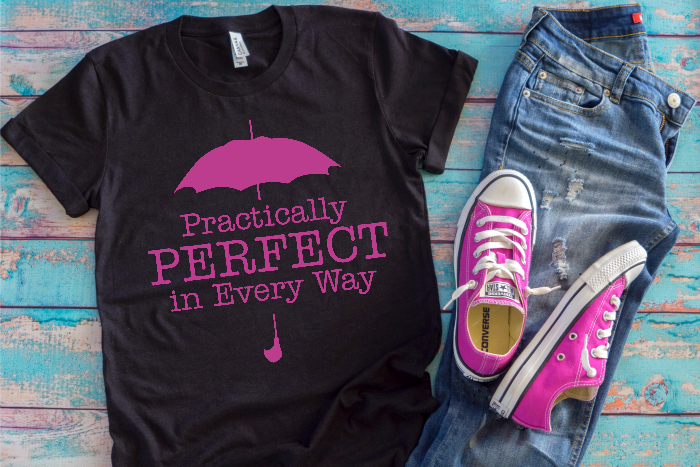 They also have a great Avenger’s shirt as well 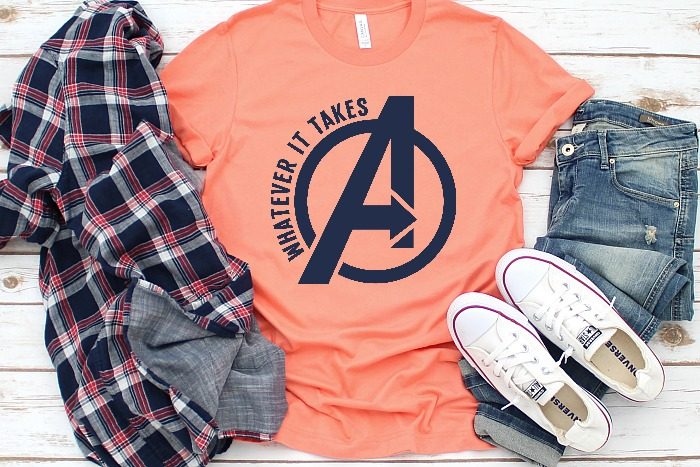 I love these Carsland Themed Halloween shirts (great, since this year the halloween party will be there!) from Crazy Good Life

And, in case you’re CRUISING Disney — check out this cruise-themed one!

Be sure to grab my Disney packing list (so you can have more than just shirts in your suitcase) and check out my other Disney posts below that: