I was at a blogging retreat last year when one of the presenters mentioned how important it is to talk to brands in the same way you talk to a high school boyfriend.

Keeping the “game” up.

I was HORRIBLE at playing that game.

I wanted to call that boy right away and pine away on the phone about how much I loved him and how perfect we were for each other.

Today, I want to share some ways that ignoring your kids can really help pique their interest in being more attentive to YOU — basically, what you want.

If you’re looking for more info on small parenting tips that don’t make your life harder — check out my free series PRACTICAL PARENTING.

Ignore your kids in college

I saw a meme on Facebook this past fall about how college kids should let their moms decorate their dorms and put their toothpaste away.

And I thought, no, they shouldn’t.

You are raising a competent adult. They should be able to handle this type of situation on their own.

If they are truly not, you may need to reconsider sending them to college.

I didn’t text my college kid for a WEEK when he started as a freshman.

I almost died, because I wanted to call and ask ALL the questions. Who he’d met, how his classes were, what he was eating, how his digestive tract was handling the cafeteria.

I needed to ignore him, and slowly he came around to ask me something.

Even then, I only asked a couple of questions. You know, keep it cool. 🙂

Ignore your kids in the morning

Yup, kids want you to ignore them. But, do they really?

In our school classrooms that have a full week with no tardies get put into a drawing to get a popcorn party. One kid’s late, and that messes that all up.

If mornings are a constant battle, maybe let them face that one day. They’ll think twice the next day.

BTW, I talk ALL about mornings in Family Routines, and it will come as no surprise that I put 99% of the morning on my kids, not on me. Ignore them. They’ll come around! 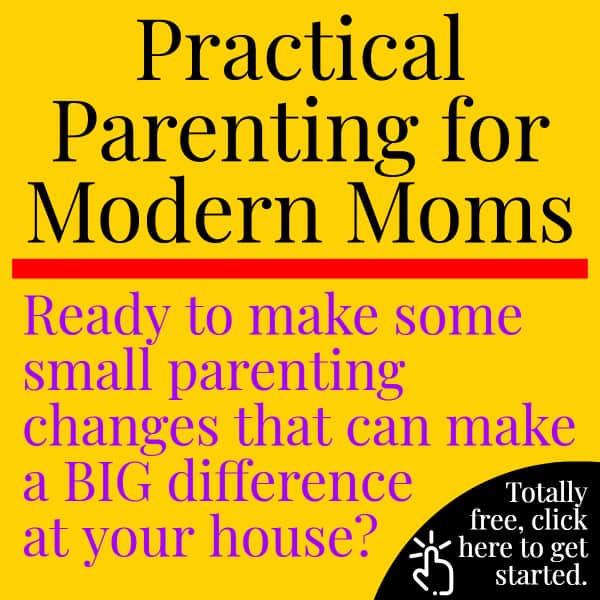 Ignoring your kids to let THEM pay the consequences often pays off in spades. I don’t know exactly what that phrase means — but I know it ends up an easier life for me in the long run.

I have a whole post on logical consequences for teens that talks about this more.

Sometimes I am amused by parents who sign little Billy up for every class they mention in passing they have an interest for.

Sure, I am a fan of helping kids explore their interests, but I also want them to be ACTUAL interests, not a passing fancy.

I take my after school hours very seriously, so I want to be sure we’re using them (and our funds) appropriately.

Not to mention the money, and then pushing that kid to attend the class for the entirety. Ignore them. Let them mention it a few times before you consider it. 🙂

Our kids NEED to be bored more!

When parents make the effort to fill the time the kids don’t use their own imaginations.

They will need imagination when I’m a crochity old lady in a nursing home, so BRING on the boredom!!!!

Ignore your kids when they aren’t doing what you asked

This past Monday my kids had school off. They were lounging around watching TV (which, in our house is a sign for the fact that their room is clean and they’re ready for the day) — that was NOT true, but they kept asking me 100 times when I was going to make breakfast.

If they couldn’t do what I asked — they don’t need me doing what they asked.

This is an area I need to be better at. Life is a give and take, and I would have to say I give about 80% more and don’t always get much in return….

Times I paid the price for not ignoring them

I wish I’d ignored my kid and braces

One of my kids had somewhat wonky teeth, but the orthodontist mentioned he’d benefit a bit from braces, so we put them on.

Then I spent two years BEGGING him to brush and floss….

And then he never wore his retainer, and it was all just money down the drain… I wish he’d expressed the interest and then I would have thought about it more.

I wish I had ignored it until he wanted it. I basically flushed tons of money down the toilet…. nice job.

I made the choice that my oldest should go to my Alma Mater when he could barely read. When that wasn’t the course for him, and he put about 2 ounces of effort into the essays, I should have ignored him… instead of freaking out that I really wanted to see effort on that application!

He ended up getting a full ride to the college of his choice.

Life has a funny way of turning out right….

BTW, I talk a bit more about this in this post.

What this post is NOT saying about ignoring kids

I’m not saying you don’t feed your baby, or you lounge all day on the couch and don’t interact with your toddler.

But I am saying that sometimes we put too much effort into something our kids don’t care at all about.

And sometimes we don’t put enough effort into other things they really want. I know this has been very true for my parenting journey.

This parenting philosophy works better on preschool age and up. At that point, they will let us truly know when they need something (like food) and are starting to be more capable of managing their own needs.

Give it a try, tell me what you think!