Today I wanted to share our job loss story. 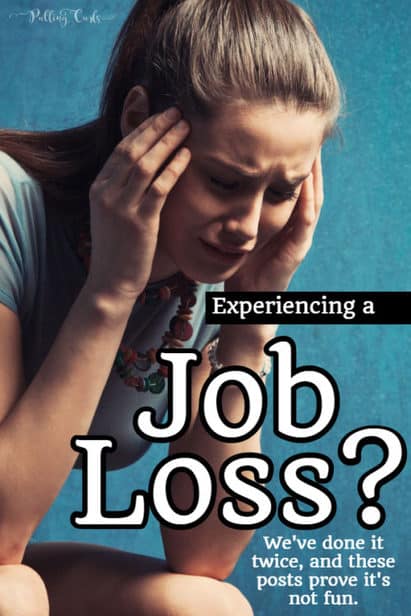 It’s been a whirlwind of emotions and not all happy ones.

I know when we were going through it, I constantly was looking for stories of miracles.

In this story, you’ll realize that some miracles come fast, and some don’t.

It starts with the earliest posts and heads to the later ones — in chronological order.

You can also hear a bit of my journey on this Real Connections Podcast.

A Sad Pink Day  Sharing the day he got his pink slip.  We’d gotten them before, but this one seemed different.  (2011)

A Little Info On Unions My husband was laid off because elementary music teachers took his job — so I wanted to explain how that works with unions.

Want Me To Be Your Neighbor? The day I begged readers to get him a job. 🙂

Darn Emotions The first time I said out loud, in front of friends, that I think we’ll be moving. {insert GIF of the Hoover dam breaking under my eyeballs}.

Tuesday’s Tiny Tidbit… You’ll get the sense I wasn’t the biggest fan of the teacher’s union in these posts…..  And I still firmly agree that the union mostly has the union in mind when it does things.  Not the teachers, and certainly not the kids.

What’s Up Wednesday  I used to do these “What’s Up Wednesday” posts frequently, and this one gives a peek into the psyche of my kids during this rough time.  I think watching my kids realize they would have to leave all their friends was one of the hardest parts.

Who I am Becoming  How I was becoming someone I didn’t like.  Plus, the things I was doing that were NOT helping.

Letters of Recommendation The one where I get emotional reading the letters of recommendation his former principals gave him.  In his defense, his principal wouldn’t give him his blue slip (the one where they officially say he won’t have a job next year).  He refused.  I have never forgotten that (don’t worry, someone else gave it to him).

Not Today  The one where we don’t get the job we thought was so perfect.

Do They Sell Patience at Amazon? nope, they don’t.

I Am Free The one where I finally give the problem to God (and why it took me so long).

Tuesday Tidbits on Our Life The one where he starts interviewing…

Mondy Musings on Progress The one where slow is actually fast (but it’s hard to tell when you’re in it).

The Post Where I Now Vent The one where he gets an offer that isn’t near what we wanted, and I feel forgotten.

I put the D in Drama  The one where I apologize for being a drama queen.

It’s decided…. The one where he accepts the job, and I realize I’ll still be working (I had hoped a new job would mean I could work less — or not at all).

Moving: Decisions Kind of a review of everything that’s happened.

Kind of Freaking Out.  The day I find out I can’t get a home loan without 30 days of paystubs from our new employer {crying ensues}

Hello Advanced Maternal Age.  The one where I feel so alone, and it’s my birthday.

Moving: Selling We sold our half a million dollar house!

Flying and Flying By the Seat of Your Pants The one where I compare faith to flying (note:  I hate flying)

Falling Through and Falling Apart.  The one where everything is falling apart!

Songs Of Guidance  The one where the 4th article of faith follows me around work.

I Want It NOW The one where I feel like I’m throwing a tantrum….

When the Miracle Doesn’t Come I set so many stupid mental “guidelines” that I would just be a mess after when it didn’t work out….

Tiny Miracles  The tiny miracles that got us to our ending.

Thursday Was THAT Day.  The day I was finally able to say it was over…. and a timeline of how it all worked.

Celebrate the Refiners Fire  A few thoughts on how God refines each of us.

The ones from this point on are from when my husband left that job in 2011.

5 Things to Keep Close To Me During a Trial 5 Things to do when life gets hard.

Happy 10 years, & an Update Happy 10 year blog-a-versary to me (at this point I had NO CLUE we’d use the blog to live on) plus how I’m feeling as I approach another change.

Optimism with No Reason  I felt like things would turn out, for no apparent reason.

Everything is Wrong  A pretty serious wallow.

A Funny Thing Called Hope  Things I am finding that are good, even if I feel like life is falling apart.

Fear The one where I realize faith and fear can’t co-exist.

Living Today  When I have a loss of faith and email some friends….

Let It Go  I held a lot of feelings towards people, and my son still attended the high school my husband left.  It was just a lot.

How to Find Hope  Basically everything becomes an analogy to my husband not having a job….

When Different Is Still Good The one where I start to realize my life is probably different than I thought it would be.

How Easy Is It to Increase Your Income? How my positive attitude changed me.

When Life isn’t How You Pictured It How life can be great, even if’it’s different.

Synopsis:  In the end, I grew this blog to be our family’s business.  it was nowhere NEAR our business when all of this started (although it was in existence).  I never had a clue it would be God’s plan for me — but it was.  Our life is 4000 times better than I ever thought it would be.

What a blessing.  What a long, crazy — exciting blessing. 🙂

Want to learn more about blogging?

You can also learn more about Hilary here. 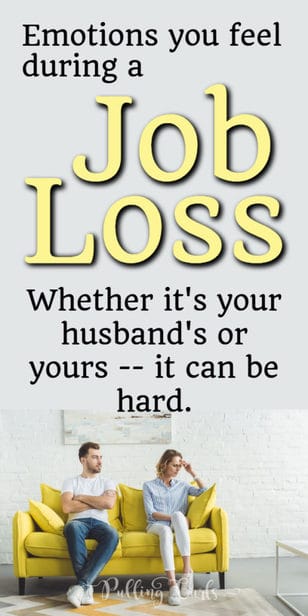